Writers Who Grew to Hate Their Books 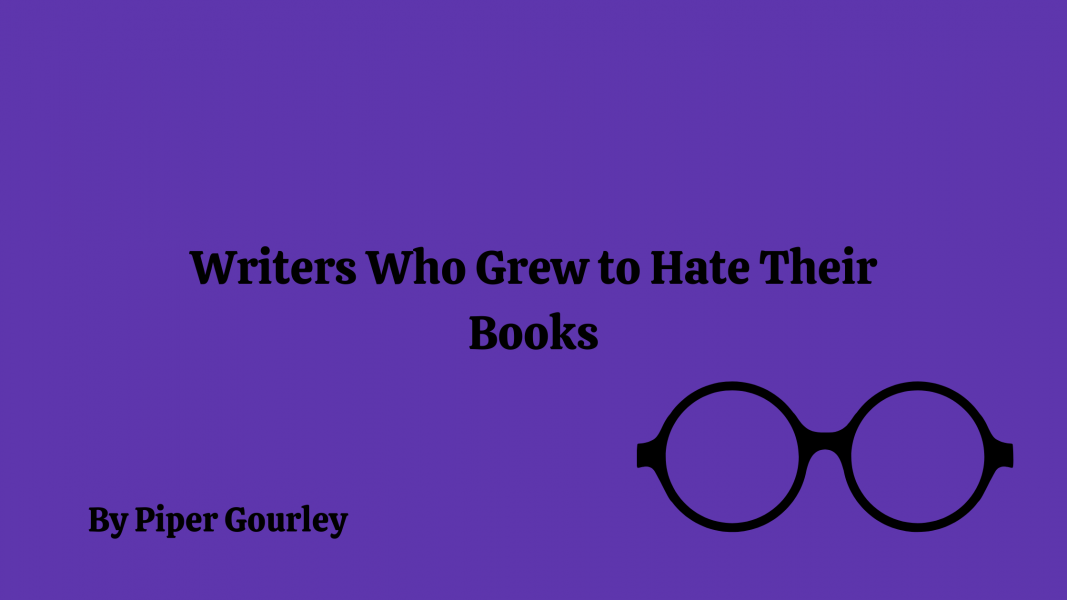 Most writers struggle with feelings of inadequacy and self-doubt, especially in the drafting stages. However, many authors feel accomplished when their writing makes it to print and they can take a day to celebrate their hard work. Still, others continue to struggle with a lack of affection for their books, with their feelings only worsening as their stories become more permanent in literary culture. These are a few well-known authors who grew to resent, dislike, or otherwise devalue their beloved books.

When Peter Benchley was 27-years-old, he began writing Jaws. This best-selling narrative would not only change his life, but also alter film, phobias, and the public’s perception of sharks for decades to come. Although Jaws brought in millions for a young Benchley, he soon regretted writing the killer novel. What made him sour to his story?

After Jaws gained traction in pop-culture, Benchley felt personally responsible for the public fear surrounding sharks. His portrayal of Bruce, the blood-thirsty Jaws shark, was never meant to villainize all of these sharp-toothed ocean dwellers. However, much like Stephen King’s It assigned a phobia of clowns to a generation of readers, Benchley’s book created a widespread panic over the existence of “killer” sharks. Benchley couldn’t help but feel partly responsible for contributing to their evil reputation.

After getting involved with several ocean preservation agencies, Benchley became a fierce advocate for shark conservation. He spoke out against the destruction of their ecosystems and “shark fin soup” until he passed away in 2006. In an essay called “Oceans In Peril,” Benchley wrote, “the shark in an updated Jaws could not be the villain; it would have to be written as the victim, for, worldwide, sharks are much more the oppressed than the oppressors.”

Get your hands on a killer copy of ‘Jaws’ here.

Although Anthony Burgess didn’t despise his book, he despised what the cultural canon did to his work. He felt that the thoughtfulness of his novel got drenched by the violent content that his readers became fixed on. His efforts to provide insight into the mind of a “clockwork orange”—someone who commits solely Devilish or Angelic acts—became washed away by the public perception of his novel’s ideology: ultra-violence.

In the introduction to the 1986 American edition of ‘A Clockwork Orange’, Burgess lamented, “It is the novelist’s innate cowardice that makes him depute to imaginary personalities the sins that he is too cautious to commit for himself...I tend to disparage A Clockwork Orange as a work too didactic to be artistic. It is not the novelist’s job to preach; it is his duty to show. I have shown enough, though the curtain of an invented lingo gets in the way—another aspect of my cowardice.”

Burgess was also outspoken against the film adaptation. He blamed the movie for much of the misinterpretation surrounding his novel. He despised what Kubrick did with the story, and he felt that the portrayal was “too violent,” glorifying and centering the book’s most vulgar topics. In the 1986 introduction, Burgess said, “It refuses to be erased...for this the film version of the book made by Stanley Kubrick may be held chiefly responsible. I should myself be glad to disown it for various reasons, but this is not permitted.”

Try to decipher the messages of ‘A Clockwork Orange’ on your own here.

Sherlock Holmes has been adapted into numerous films and television specials, has been alluded to in countless other novels, and has inspired Sherlock-related costumes, products, and media around the globe. Still, not everyone loves the ever-popular Sherlock. The head of his hate committee just so happens to be the writer who created him. Sir Arthur Conan Doyle disliked Sherlock Holmes so much that he killed him off...until public outcry forced him to bring Sherlock back from the grave.

There were many reasons Doyle ended up resenting his famed series. Firstly, Doyle didn’t particularly like the mystery genre, with his perception of detective fiction being especially poor. Additionally, he felt writing the Sherlock novels was a waste of his time. The plots were far too tedious and time-consuming, and he wanted to apply his writing skills to narratives that actually interested him. Unfortunately, after attempting to kill off Sherlock in ‘The Adventure of the Final Problem,’ his fans, family, and friends all encouraged him to bring the titular character back. He eventually folded to their wishes, reintroducing him in ‘The Adventure of the Empty House’, much to his own dismay.

According to the Washington Examiner, Doyle once wrote, “I believe that if I had never touched Holmes, who has tended to obscure my higher work, my position in literature would at the present moment be a more commanding one."

Get your copy of ‘Sherlock Holmes: The Novels’ here, or (for the super-fans) check out the other Sherlock books on our shelves here.

Jeanette Winterson is best known for her novel ‘Oranges Are Not The Only Fruit’ (1985), but her book ‘Boating for Beginners’ (1985), which came out only a few months later, was not a follow-up attempt on the author’s part. Although Winterson enjoyed the book, she didn’t think that ‘Boating for Beginners’ had the same literary value as her other work. On her own website, Winterson acknowledges that she wrote the book for money, and that it’s “full of silly things and great fun” rather than addressing a certain message. While she definitely doesn’t hate the finished product, she doesn’t hold it to the same merit as her other award-winning texts.

On her site, she wrote: “This is a comic book with pictures. I published it 3 months after Oranges came out, and if that isn’t proof enough that it was never intended as a second novel, then what else can I say?...I do know that this book was written for money in 6 weeks. Nothing wrong with that. I never write my real books for money, but I have no problem writing anything else with the bung in mind.”

Check out the other Jeanette Winterson novels on our shelves, here.