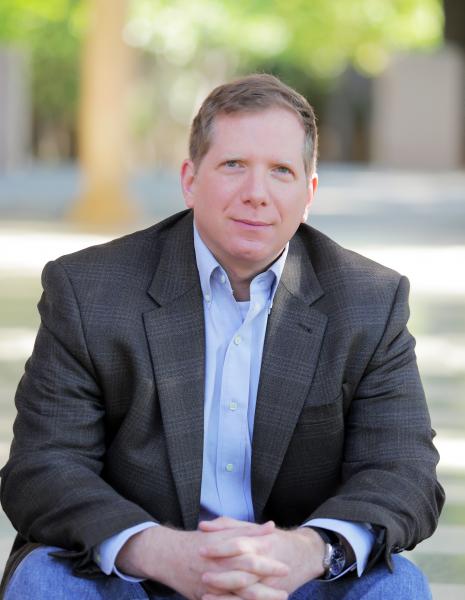 Join us in via Zoom as we celebrate the release of David Liss's new bookThe Peculiarities with a discussion between between David and Robert Rivard, the founder and editor of the nonprofit San Antonio Report.

About The Peculiarities: Thomas's problems are more serious than those of a typical young Victorian gentleman. His elder brother may be sabotaging the family's bank. His childhood friend has died under mysterious circumstances. Far worse, leaves are sprouting on Thomas's skin. Perhaps it is all the fault of the long-rumored "Peculiarities" lurking in London's grey fog?

Proper society scoffs at the notion of magic, even as it seeps into their buildings, transfiguring the rich and poor alike. If Thomas is going to save the family business --and stop turning into a tree--he'll need help from some rather improper companions. Desperate for counsel, he seeks the advice of a lycanthropic medium and London's unacceptable occult society...including a strange fellow named Aleister Crowley.

About David Liss : David Liss is the author of fourteen novels, as well as numerous novellas, short stories, and comics. His previous books include A Conspiracy of Paper, which was named a New York Times Notable Book and won the 2001 Barry, Macavity and Edgar Awards. The Coffee Trader (2003) was also named a New York Times Notable Book and was selected by the New York Public Library as one of the year’s 25 Books to Remember. He is also the author of the middle grade Randoms series.

Many of Liss's novels are currently being developed for television or film. He has worked on numerous comics projects, including Black Panther and Mystery Men for Marvel, The Spider and Green Hornet for Dynamite, and Angelica Tomorrow.

Liss lives in San Antonio with his wife and children.

This event takes place on Zoom. You will need access to a computer or other device with sufficient Internet access. If you have not used Zoom before, you may consider referencing Getting Started with Zoom.

A Buzzfeed Best Book of the Month