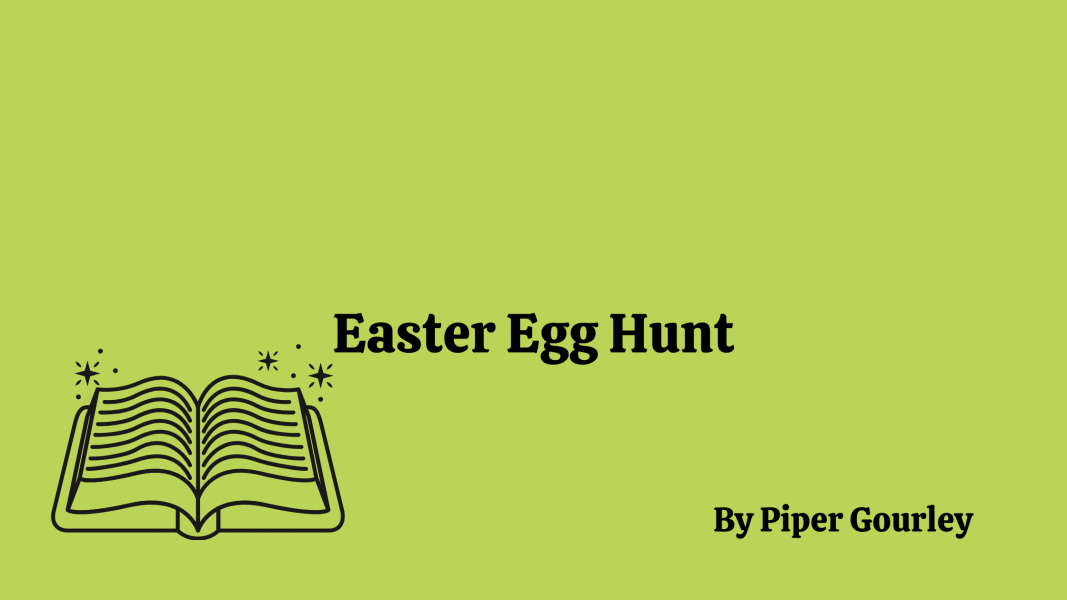 The unique ‘Easter eggs’ hidden within famous books
Hidden symbols (a.k.a. “Easter eggs”) tucked away within beloved pieces of media are love letters to the Nancy Drew in all of us. Easter eggs challenge dedicated consumers to forge connections between creative works, from identifying titular movie characters in newer films to spotting allusive imagery in video games. Have you ever considered how many of these secret symbols are present in novels, short stories, and poems? Across the years, insightful authors have slipped hundreds of Easter eggs into the pages of their writing. Fortunately, literary super-fans have tracked down some of these hidden messages on our behalf. These are a few standout Easter eggs from the minds of clever writers. Did you catch any of these on your own?

Through the Looking-Glass by Lewis Carroll: A poem for his muse

The Alice in Wonderland series by Lewis Carroll is pure fantasy from start to finish. With a hat-making madman, a heart-haired supervillain, and a semi-psychic caterpillar, you’d be hard-pressed to find a story that surpasses its peculiarity. While you don’t need to go far beyond Wonderland to get your fix of weirdness, the tale behind the novel is just as interesting as the one on paper (and may clue you in on the unique easter egg hidden in Through the Looking-Glass).
Plenty of fans of the Wonderland series have taken an interest in understanding where Carroll got his inspiration for his zany characters. It’s often said that the Mad Hatter was influenced by Carroll’s exposure to Victorian-era asylums in his youth. The Hatter mimics the common image of “pauper lunatics” (lower-class asylum occupants), calling attention to Victorian society’s distorted view of madness. But where did the troubled, curious Alice come from? The landscape of Wonderland is Alice’s invention, and she is arguably the most fascinating character in Carroll’s realm.

The fictional Alice is based on a real girl named Alice Liddell. Carroll and Alice were first introduced in April of 1856, and the Liddell family became close friends of Carroll. Alice in Wonderland was first dreamt up on a boating trip in 1862 when ten-year-old Alice, her two sisters, and Carroll set off down the river for a picnic. On the journey, Carroll told Alice an abridged version of what would become his best-selling novel, centering Alice as the protagonist. Alice loved the story so much that she begged him to write the narrative down. After the tale was put to paper, illustrated, and entitled Alice's Adventures Under Ground, Carroll sent it off to his editor, whose children fell in love with the story, too.

So, what’s the Easter egg? At the end of Through the Looking-Glass (1945), Carroll wraps up the novel with a poem entitled “A Boat Beneath A Sunny Sky.” As it turns out, the poem is an acrostic work. The first letter of each line, when read top to bottom, spells out “ALICE PLEASANCE LIDDELL.” That’s one way to immortalize your muse in history!

Do you want to explore Wonderland’s curiosities for yourself? Order your copy of ‘Through the Looking-Glass’ here.

It: A Novel by Stephen King: Eddie Kasbrak’s cursed neighbor

There is an unbelievable number of Easter eggs in King’s hefty collection of publications.

Many of the chilling narratives within the horror author’s multiverse are connected. Dozens of his novels, novellas, and short stories allude to settings, characters, and plot points from his other frightening works. However, there is one Easter egg tucked away in his most famous novel that even his dedicated readers may have skimmed over. (If you’re a mega-fan of King’s killer clown from outer space, Pennywise, you may have caught this detail on your own.)

In the novel It (1986), the members of the Losers Club all reside in the fictional town of Derry, Maine. Derry is the location of a plethora of horrific events, from the defacing of library books to the murders committed by the town’s resident alien. Pennywise is at the epicenter of the chaos. The anxiety of his looming presence on the page is enough to keep most readers in a terror-induced trance. While many are focused on the supernatural elements that make the book so unnerving, the name-drop of the neighbor of nervous Eddie Kasbrak shouldn’t be ignored. The book casually mentions that Eddie and his over-controlling mother reside next to a man named Paul Sheldon. Ring any bells?

The next time readers hear from the author Paul Sheldon is several years after the events of It, in King’s novel Misery (1987), during which he is kidnapped by his biggest-fan-turned-sociopathic-enemy. Considering Sheldon hails from a catastrophic town like Derry, it makes sense that his life would end up morphing into a total nightmare. If you missed this clue in the influx of gripping pages in It (along with King’s other tactful illusions), don’t fret—with the fall season fast approaching, it's time for some horror re-reads anyway. Maybe you can be the first to catch some of the Easter eggs in King’s other famous works!

Ready to lose sleep over the haunting plot points of ‘It’? Order your copy here.
Want to dive into the harrowing captivity of poor Paul Sheldon? Order ‘Misery’ here.

The Handmaid’s Tale by Margaret Atwood: A cryptic scrawl of graffiti

Back in 2017, The Handmaid’s Tale’s (1985) television revival brought the book’s terrifying social landscape to its full Technicolor glory. The dystopian atmosphere of the novel has since turned the stomachs of viewers worldwide. Crimson dresses, white hoods, and other images from the story have become popular symbols in women’s rights marches and advocacy movements. With The Handmaid’s Tale, Margaret Atwood managed to make a piece of literature that is both timely and timeless. The chilling content of the novel is made all the better by Atwood’s clever use of imagery and symbolism, particularly in the coloring, the costuming, and the uber specific elements of setting that pop off the page. However, another seemingly insignificant detail had many of Atwood’s dedicated readers scratching their heads.

At one point in the novel, Offred observes a bit of text scrawled into a desk. The lettering reads “M. loves G., 1972.” While this was minorly puzzling for casual readers of the book, her die-hard fans decided to investigate what the purpose of the random detail might serve to the story. Remarkably, the graffiti had nothing to do with the book at all, but rather with Atwood’s personal life. Readers deduced that the “M.” stands for Margaret, and the “G.”, for her late partner, Canadian novelist Graeme Gibson. They met in 1972 and formed a romantic relationship following Atwood’s divorce in 1973. Their partnership spanned across four decades until Gibson’s death in late 2019. While the bit of text is not the only fascinating symbolism in Atwood’s book, it certainly is the most heartwarming. Mik Everett said it best: “If a writer falls in love with you, you can never die.”

Ready to trade pandemic-dystopia for (mostly) fictional dystopia? Order your copy of ‘The Handmaid’s Tale’ here.
Get your hands on the gripping sequel, ‘The Testaments’, here.