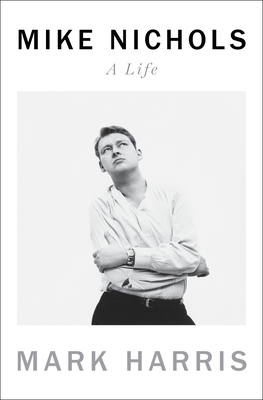 By Mark Harris
$35.00
Available at wholesaler. We can order it for you.

A magnificent biography of one of the most protean creative forces in American entertainment history, a life of dazzling highs and vertiginous plunges--some of the worst largely unknown until now--by the acclaimed author of Pictures at a Revolution and Five Came Back

Mike Nichols burst onto the scene as a wunderkind: while still in his twenties, he was half of a hit improv duo with Elaine May that was the talk of the country. Next he directed four consecutive hit plays, won back-to-back Tonys, ushered in a new era of Hollywood moviemaking with Who's Afraid of Virginia Woolf?, and followed it with The Graduate, which won him an Oscar and became the third-highest-grossing movie ever. At thirty-five, he lived in a three-story Central Park West penthouse, drove a Rolls-Royce, collected Arabian horses, and counted Jacqueline Kennedy, Elizabeth Taylor, Leonard Bernstein, and Richard Avedon as friends.

Where he arrived is even more astonishing given where he had begun: born Igor Peschkowsky to a Jewish couple in Berlin in 1931, he was sent along with his younger brother to America on a ship in 1939. The young immigrant boy caught very few breaks. He was bullied and ostracized--an allergic reaction had rendered him permanently hairless--and his father died when he was just twelve, leaving his mother alone and overwhelmed.

The gulf between these two sets of facts explains a great deal about Nichols's transformation from lonely outsider to the center of more than one cultural universe--the acute powers of observation that first made him famous; the nourishment he drew from his creative partnerships, most enduringly with May; his unquenchable drive; his hunger for security and status; and the depressions and self-medications that brought him to terrible lows. It would take decades for him to come to grips with his demons. In an incomparable portrait that follows Nichols from Berlin to New York to Chicago to Hollywood, Mark Harris explores, with brilliantly vivid detail and insight, the life, work, struggle, and passion of an artist and man in constant motion. Among the 250 people Harris interviewed: Elaine May, Meryl Streep, Stephen Sondheim, Robert Redford, Glenn Close, Tom Hanks, Candice Bergen, Emma Thompson, Annette Bening, Natalie Portman, Julia Roberts, Lorne Michaels, and Gloria Steinem.

Mark Harris gives an intimate and evenhanded accounting of success and failure alike; the portrait is not always flattering, but its ultimate impact is to present the full story of one of the most richly interesting, complicated, and consequential figures the worlds of theater and motion pictures have ever seen. It is a triumph of the biographer's art.

Mark Harris is the author of Pictures at a Revolution: Five Movies and the Birth of the New Hollywood, which was a New York Times notable book of the year, and Five Came Back: A Story of Hollywood and the Second World War. He is currently a writer for New York, where he often covers the intersection of culture and politics. He lives in New York City with his husband, Tony Kushner.

Named a most anticipated book of 2021 by O Magazine, Playbill.com, CNN, Town & Country, and more!

“Anyone with an abiding love for film or theater will be fascinated by Mike Nichols, but even those with only a passing familiarity with his work are likely to find themselves taken in by this engrossing biography. Harris' book is a masterwork, endlessly engaging, and one of the best biographies of an American artist to be published in recent years.” —NPR.org

“A pleasure to read and a model biography: appreciative yet critical, unfailingly intelligent and elegantly written . . . a shrewd, in-depth reckoning of the elusive man behind the polished facade. . . . [Harris’s] marvelous book makes palpable in artful detail the extraordinary scope and brilliance of [Nichols’s] achievements.” —Wendy Smith, The Washington Post

"May be the best biography of an artist in a very long time." —The Wrap

“Fascinating, exhaustively researched, and utterly absorbing . . . a roller-coaster life that, no matter how challenging it might have been for Mike Nichols. makes a thrilling tale for the reader.” —Vogue.com

“A monumental tribute to a singular talent . . . a cinderblock of a book whose weight is never felt in the reading. . . Getting [Elaine] May on the record stands as one of the book’s major accomplishments, one that calls out for a full-fledged follow-up and affirms this most crucial of connections.” —AV Club

“Harris has produced a biography that transcends the prodigiously reported facts and wild-ride circumstances of Nichols’ lives. The book pulses with a narrative energy equal to its subject. When was the last time you read a biography that also was a page-turner?” —Theater News Online
.
“Dazzling . . . A superb and definitive biography that Nichols and his fans deserve. Harris (Pictures at a Revolution) is part film historian, theater buff and investigative reporter, which makes this rich, compassionate and candid biography soar with fresh, first-hand anecdotes from Nichols's co-workers and Harris's astute observations about the director's work. . . . the ideal gift for anyone interested in the creative arts.” —Shelf Awareness

“Sprawling yet intimate . . . Candid, colorful and chock-full of detail, Mike Nichols: A Life is the biography that Nichols well deserves.” —BookPage (starred)

“A Mike Nichols credit always made the heart race with anticipation. So does Mike Nichols: A Life, an epic biography of an epic creative life . . . engrossing.” —Associated Press

“Mark Harris’s biography is a must for every film and theatre buff. Every moment in Nichols’ life and career comes vividly alive. . . . Mike Nichols: A Life is an invaluable contribution to the history of American theatre and film since World War II as well as a colorful portrait of one of its most celebrated and at times denigrated practitioners.” —John M. Clum, New York Journal of Books

“[A] crisp new biography . . . [Harris has] a gift for scene-setting. He’s at his best in Mike Nichols: A Life when he takes you inside a production. His chapters on the making of three films in particular — ‘The Graduate,’ ‘Silkwood’ and ‘Angels in America’ — are miraculous: shrewd, tight, intimate and funny. You sense he could turn each one into a book . . . [Nichols] was a man in perpetual motion, and Harris chases him with patience, clarity and care.” —Dwight Garner, The New York Times

“Judicious and superbly well-written . . . [Nichols’s] peculiar gift was for making [actors] feel safe being precarious. The essence of life is that it unfolds chronologically and according to no script. Actors must capture this essence, then somehow transfer it into highly artificial situations. If Nichols played taskmaster, it was only to remind them that what is happening here has never happened before; you have no idea what others will say or do next, you must stay spontaneous and reactive—all while subordinating yourself to a larger story. That was, finally, the great, impossible neither/nor of his genius, as it is, too, of Mark Harris’ wonderful book.” —Stephen Metcalf, Los Angeles Times

“Can’t-put-it-down biography . . . Like his subject, its humor is sidesplitting, its behavioral insights keen and its wit double-edged. . . . Harris’ strength as a writer is not merely giving the reader a window onto how his subject put together a sketch, a play, a movie, a career, and a life, but putting her in the rooms where it happened. . . . like all great biographies, Harris’ book is a double-portrait of an artist and his era.” —Carrie Rickey, Forward

“Such a wide-ranging professional life is the stuff of a major biography, and Mark Harris, author of Pictures at a Revolution and Five Came Back, two of the best books about film to come out in recent years, has delivered the goods. Mike Nichols: A Life is as fine a portrait of anyone in the performing arts as I have ever read . . . Mark Harris’s wonderful book, which comes seven years after [Nichols’] passing, will serve as his monument.” —Commentary

“Fascinating for its exploration of a great artist’s inner workings, as well as for its chronicling of an industry’s evolution.” —O Magazine, Most Anticipated Books of 2021

“The book is as smart and well-paced as if Mike had directed it. It’s Virginia Woolf brutal and Birdcage funny. I devoured the details of Mike’s fascinating life, but I also marveled at Mark Harris’s ability to lead us through it. The shaky wooden rollercoaster of collaboration, the serpent-tongued antihero’s path to love, an artist’s guide to not being trash, ten pounds of movie stars in a five pound bag—this book has it all!” —Tina Fey

“Mike was many things to many people, a multi-talented man of many parts, who lived several lifetimes during his long, complicated roller-coaster of a life. But above all else, Mike was a great director, and Mark Harris has produced a clear-eyed, honest, enormously entertaining, deeply moving and thought-provoking account of what a director’s life is like and of what being a director means. His particular gifts, demonstrated in each book he writes, of combining objectivity with empathy and seriousness with delight are precisely what make him Mike Nichols’s ideal biographer. I can’t think of any praise higher than to say that this book is worthy of its subject.” —Steven Spielberg

“There are so many lessons in Mike's nine-act tragedy and triumph of a life: the joy of collaboration, the thrill of finding collaborators and soulmates; the ups and downs of the creative process. Mark Harris introduces us to every version of Mike Nichols, and shows us how each one prepared the way for the next. It's an incredible achievement. Required reading.” —Lin-Manuel Miranda

“The rise and rise of Igor, the bald refugee kid from Berlin, is a Technicolor dream—a dazzling only-in-America story like something out of Horatio Alger. In this exciting biography, Mark Harris never loses sight of the sharper edges of Mike Nichols’s success or the price he paid for it. But his deep love of his subjects—Nichols and the American performing arts—makes this an essential work for understanding our culture in the last century through one of its most outstanding, and most unlikely, protagonists.” —Benjamin Moser, Pulitzer Prize-winning author of Sontag

“Mike Nichols, born Igor Michael Peschkowsky, was something between a man and a self-made myth. Mark Harris’s magnificent, mesmerizing biography honors both sides of the Nichols persona, conjuring his charismatic brilliance while probing the human complexity behind the impish grin. Virtuosic in style, deep in insight, at times convulsively funny, at times piercingly sad, this tour-de-force of reporting, storytelling, and analysis stands as a clear-eyed homage to an artist who willed his own golden age.” —Alex Ross, music critic of The New Yorker and author of Wagnerism

“Harris’s (Five Came Back) engrossing, pull-no-punches biography . . . sweeps readers up into the whirlwind of Nichols’s life. Likely to become the definitive book about Nichols, Harris’s exhaustive take should have widespread appeal, especially given the dearth of currently available literature about this important and influential entertainment icon.” —Library Journal

“Harris follows two outstanding works of film history (Pictures at a Revolution, 2008, and Five Came Back, 2014) with this robust biography of legendary director Mike Nichols. Harris' skill as a storyteller is on full view . . . with a novelist's feel for narrative . . . Like the best biographies, Harris brings his subject's life and work together in a perfectly unified whole.” —Booklist (starred review)

“Harris (Five Came Back) delivers an entertaining portrait of actor, director, and producer Mike Nichols in this bracingly candid biography. . . . a joyously readable and balanced account of a complex man.” —Publisher's Weekly 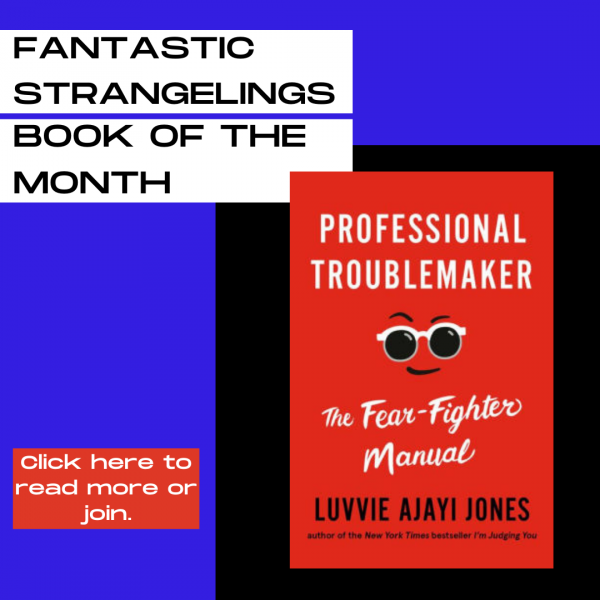