The Book of Nonexistent Words (Paperback) 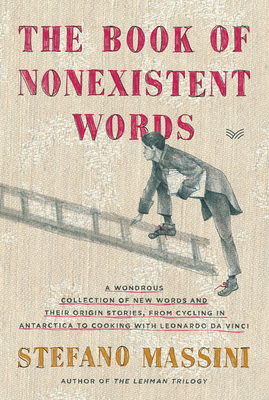 The internationally acclaimed author harnesses his brilliant imagination and masterful storytelling ability to create a catalog of new words inspired by stories of real people in this wondrous book reminiscent of Italo Calvino's mesmerizing Invisible Cities.

How many times have words not been enough?

How many complex feelings don’t have a corresponding noun that properly describes them?

How many times has language left us like an archer without arrows in the labyrinth of our emotions?

Award-winning author Stefano Massini, a master of expression,, made a discovery that shot new life into his writing practice. To his surprise he found that the ancient rules of language were not quite as restrictive as he had long envisioned them to be. With so many emotions and states of mind missing modern descriptors and definitions, Massini stumbled across a simple but artistry-altering idea. Instead of compromising honest expression through perfunctory verbiage, he decided language was, if anything, a flowing palette of colors he could use to paint all things. Words are meant to be invented.

To reconfirm his belief in the magic of words, Massini returned to the wondrous mechanism that has fed dictionaries from time immemorial. If he could not find the precise word he wanted, he created one. In this delightful compendium, he introduces his personal vocabulary; every chapter mentions a new word that comes from a story about a real person, from Louis XIV to an American gangster.

The Book of Nonexistent Words is a beautifully illustrated collection of linguistic origin stories wrought from the mind of an internationally renowned storytelling icon. Massini effectively liberates our human capacity for using language creatively and shows how we can embrace storytelling to fine tune our way of being in the world. Massini encourages us to be imaginative; if the language in the dictionary cannot adequately match the reality of the here and now, we must create new words that ring true.

Translated from the Italian by Richard Dixon

Stefano Massini (1975) is an internationally renowned novelist, essayist and playwright. His plays, including his celebrated The Lehman Trilogy, have been translated into twenty-four languages and staged by such directors as Luca Ronconi and the Oscar-winning Sam Mendes. Qualcosa sui Lehman has been among the most acclaimed novels published in Italy in recent years and won the Premio Selezione Campiello, the Premio Super Mondello, the Premio De Sica, the Prix Médicis Essai and the Prix Meilleur Livre Étranger. His other works include Dizionario inesistente (2018) and Ladies Football Club (2019).